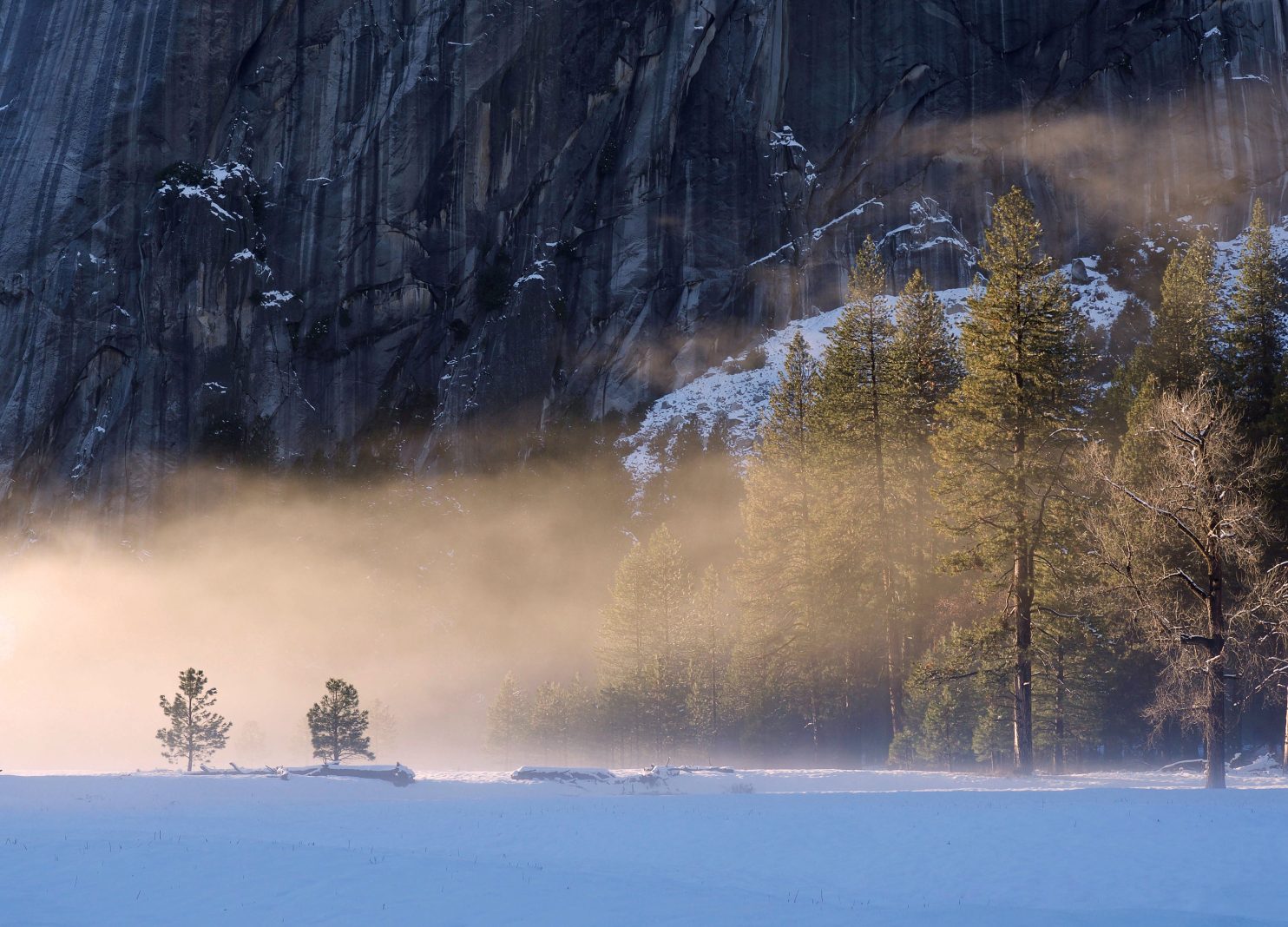 It seems like many people are unhappy with Adobe’s subscription model and the price tag of their photography plans, especially ever since Adobe released its new product line in mid-October 2017. And yet, most Adobe customers have not switched to a different solution. They either like Adobe products or they can’t find a good alternative. Nobody seems to stay with Adobe thinking the plan is a good deal, though.

I switched to Adobe just a few months ago. Before then, I too was under the impression that the price for Lightroom was a rip-off. Adobe’s subscription models were one reason I stayed away from their products for so long. Today, however, I don’t share the assessment of my former self anymore.

Adobe’s photography plan costs $9.99 per month for most users in the United States. For that, you get the all-new Lightroom CC and 1 terabyte of cloud storage. Or you can choose a bundle of Lightroom CC, Lightroom Classic CC, Photoshop CC and 20 gigabytes of cloud storage. If you want everything, the plan costs twice as much. So, let’s compare these costs with those of two Adobe competitors, Apple Photos and CaptureOne Pro. I used Apple Photos before I switched to Lightroom and Capture One Pro represents a popular alternative to Lightroom/Photoshop.

Apple Photos has major limitations and I believe it will never become a true Aperture replacement, let alone be on par with Lightroom. But it can be a great solution for photographers who already live in Apple’s ecosystem and just need a robust DAM as well as cloud services to sync all their photos to every device they own. They get exactly that with the iCloud Photo Library, though they have to pay for storage. In the United States, the 2TB plan costs $9.99 per month.

Most people will have the need for Apple’s most expensive plan as their library grows in size ($9.99 per month). This is especially true since iCloud storage is not only used for photos, but also for iCloud Drive documents and iOS backups. Compared to Adobe’s plan for the same price, Apple offers twice as much storage. But Lightroom is a much more capable DAM and photo editor. For me, the winner here is Adobe.

Phase One, the creator of CaptureOne Pro, attempts a different pricing model. Well, not entirely different since they also offer a monthly plan for their product. But contrary to Adobe, Phase One also offers a perpetual license for a one-time fee of $299. This equals the price of 30 months of Adobe’s photography plan. And yet, it attracts many people who move away from Adobe.

You could argue that buying a perpetual license is cheaper in the long run. You could also say that Adobe customers are stuck in the subscription model forever. But that’s only half of the truth, in my opinion. In 30 months, the next version of CaptureOne Pro will be out. To stay up to date, you then have to pay for the next license, and so on. With Adobe, you’ll always get the newest version of Lightroom and Photoshop. 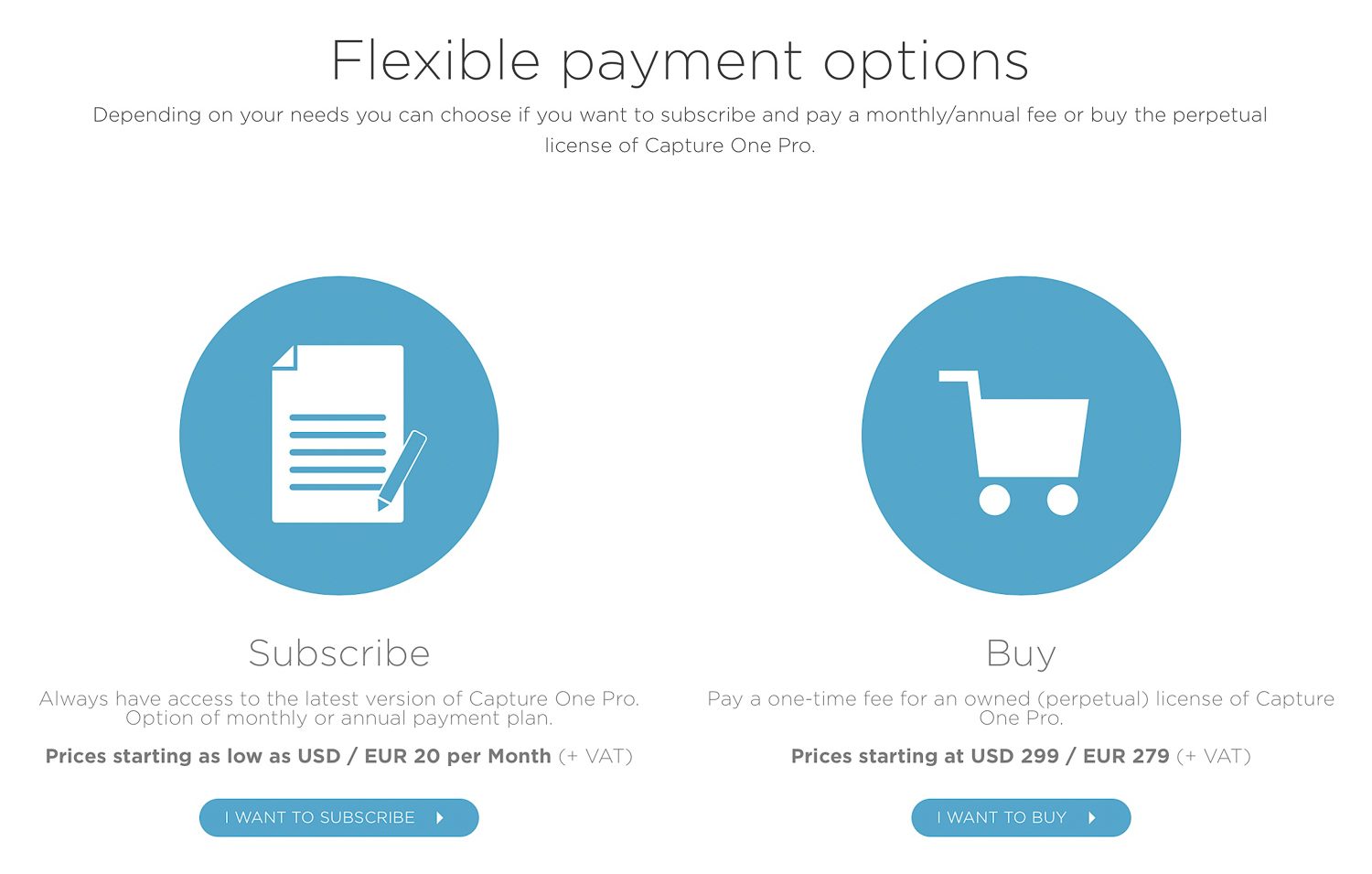 Summing up, I have yet to find a software that offers a better or equal value to Adobe’s photography plan. Maybe Skylum will change that when they add a DAM to the great, inexpensive Luminar 2018 next year. Until then, Adobe offers the best value in my opinion.